Hi! my name is Esther Negrin

I am based in New York City, United States

About Circle of Fun

Esther Negrin’s interest in hula hooping began on one Sunny Sunday Spring day while walking around Central Park in New York City in the year 2014. She noticed a New York City crowd surrounded around a man playing the drums chanting, “Hula Hula Hoop, Hula Hula Hoop.” He had a collection of hula hoops on the floor. He encouraged anyone in the crowd to pick one up and try hula hooping. Esther’s curiosity to try hula hooping was ignited! She picked up a sparkling golden striped hoop and tried it, but the hoop quickly fell to the floor, as she attempted to do a revolution around my waist.

The man looked over at her direction and instructed to the crowd how to move their hips front and back by demonstrating and modelling the skill. She attempted to do this basic skill, and to her astonishment, she was able to keep the hoop spinning around her waist for several spins. AMAZING!👏👏 Esther knew from then on, she was hooked on Hula Hooping!!

A few months after, she purchased a collapsible turquoise color beginner’s Hula Hoop from HOOPNOTICA.  Being a collapsible hoop, Esther took her fantastic shiny hoop with her and travelled around New York City with it; she practised at Central Park a lot where she was first introduced to hooping. At first, she began practising in her backyard while she listened to her favourite pop music. She began to do very well with waist hooping. She was capable of keeping the hoop revolving around her waist for the duration of one song.  As she continued practising daily, she discovered she could do awesome turns while keeping the hoop rotating around her waist. It was loads of fun!! She just loved the playtime she invested in having fun with her new turquoise Hula Hoop!

Sparkling Essie wanted to learn so much more, therefore she googled Hula Hoop classes in N.Y.C., and a list of places came up on the screen from the google search. Great!!! One particular site was only twenty minutes away from Esther’s home. Hula hooping classes were offered every Sunday from 1-2 pm. Excellent!! Every Sunday she attended the class; She never missed a class. Esther tells us with a lot of pride, “ I learned a lot of new skills, and the feeling I got was of excitement, thrill, happiness, and I had so much fun learning.”

The studio offered open houses every spring; demonstrations of the studio’s classes and refreshments would be served on the open house.  Esther’s instructor asked her to do a hoop demo together with her in front of the spectators who were interested in the classes offered. Esther was so thrilled to be chosen. She truly enjoyed presenting the hula hooping skills with her instructor in front of a lot of eyes watching them… Humour was also portrayed between the instructor and Esther as they interacted and demonstrated. The audience truly enjoyed watching their performance. The audience clapped and acknowledged them. “What a wonderful feeling to be recognized for all of my hard work and fun I have,” Esther tells her instructor.

On the following year’s spring’s open house, Esther’s hula hooping instructor asked her to perform a hoop flow dance demo by herself; Esther was so excited since a whole bunch of eyes with curiosity would be all only on her and her hoop flow dance performance.  Esther’s instructor helped her practice a choreographic hoop flow dance that her instructor put together, and Esther practised the hoop flow dance on every Sunday Class. Esther chose one of her favourite pop songs XXXS and OOOs by Elle King. Sparkling Essie dress style for the performance was her shiny, sparkling silver sneakers, the Hawaiian looking flower in the side of her hair, and her spandex with flower imprint pants. She was all ready for her audience. While the music began, Esther remembers the thrill of entertaining her audience especially when she transitioned from one hoop skill to the other. Esther heard them whistle, clap, and awed by the ability of a hoop to circulate around different parts of her body. She dropped the hoop a few times, but gracefully picked it up and continued. Her audience was certainly impressed, and they didn’t seem to mind even if she did drop the hoop. It was all part of the performance, and they were impressed by the transitions and how much fun Esther was having with her hoop dance. Esther discovered that she loved being in front of an audience!

Afterwards, the audience had an opportunity to try the hula-hoops after all the performances ended. A couple of people came to me and asked her questions. She felt honoured to be able to instruct people. She then realized that she enjoyed teaching hula hooping as well. Her statement is the following, “Hoop dancing is so much fun especially more if you have an audience who are also interested in learning too, she discovered.”

Esther is currently teaching hula hooping to her kindergarten students by introducing them to hoop games and fun songs.  Esther likes to teach more hooping skills to people who also have an interest. Esther is certified from Cerceau hoop fitness as a Dance Fitness instructor, and she is also certified as a Hoop Love Coach taught by Deane Love.

Sparkley Essie continues to enjoy expressing her happy spirit while dancing to her favourite music. Her business motto name is Circle of Fun!

Hoop Love Coaches around the world 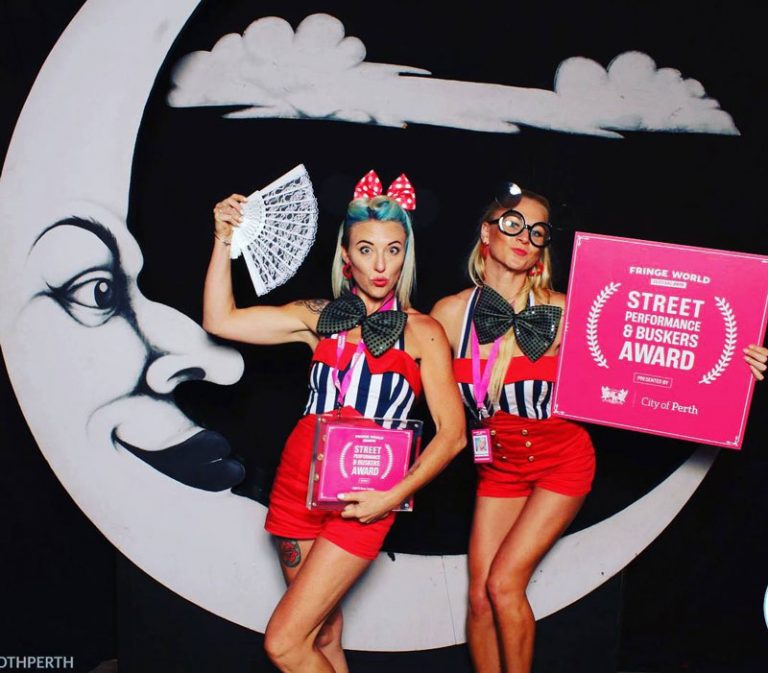 ‘All The Lights’ is all about performing arts- infusing dance & movement with different props. It was a dream that became a reality on 17th February 2018. Exactly one year later on 19th February 2019 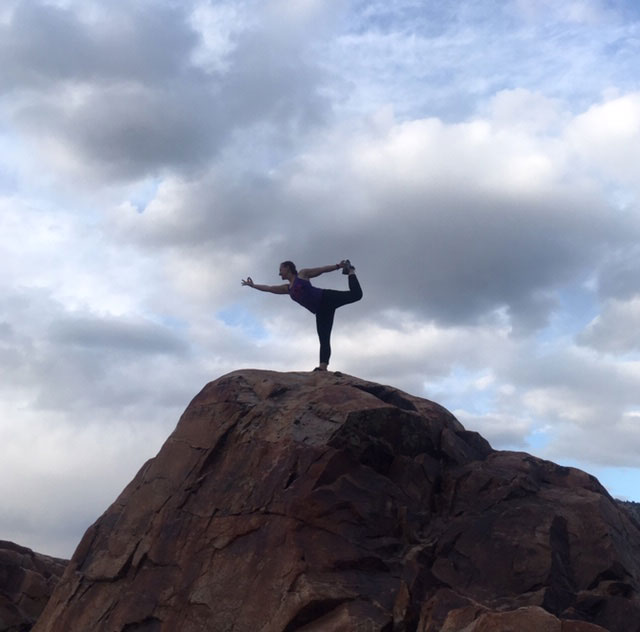 “Hooping is something that I didn’t believe I could do,” I said at my cardio hooping class. “It took me about a month to successfully spin the hoop around my waist. I saw it as

Michelle has been dancing with hoops since 2011. She loves the joy and emotional release that she experiences in her practice. Over the years she has developed a strong skill set that she excitedly shares 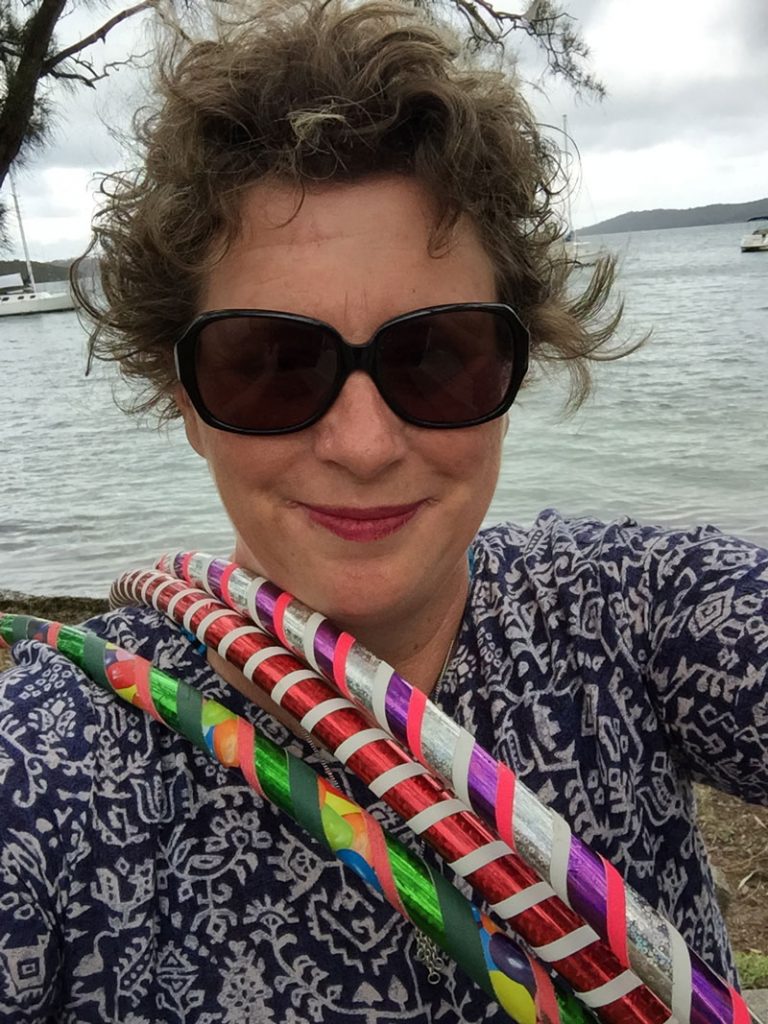 I am a Hoop Love Coach from the Central Coast NSW. I was first introduced to hooping in 2014 at a music festival at Byron Bay. Since then I have learnt to custom make hoops 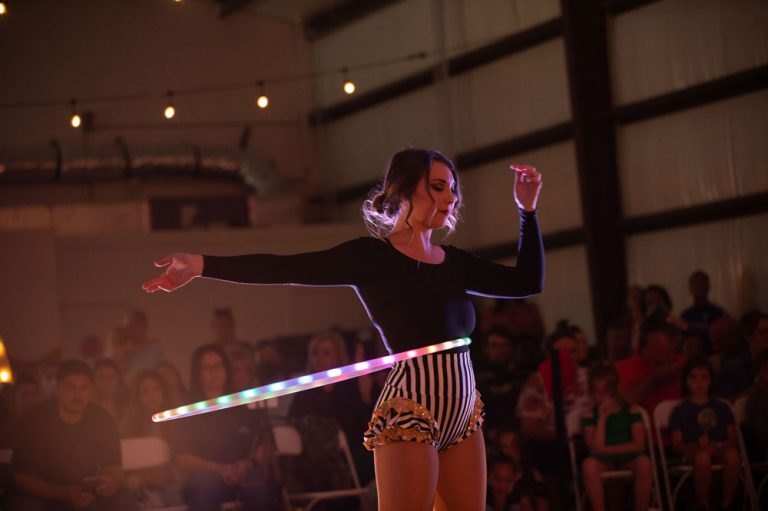 I am a hula hoop instructor at Aerial Dance PC where I also train as an aerialists. I am also a fire hoop performer! Teaching and performing are hands down my favorite ways to share 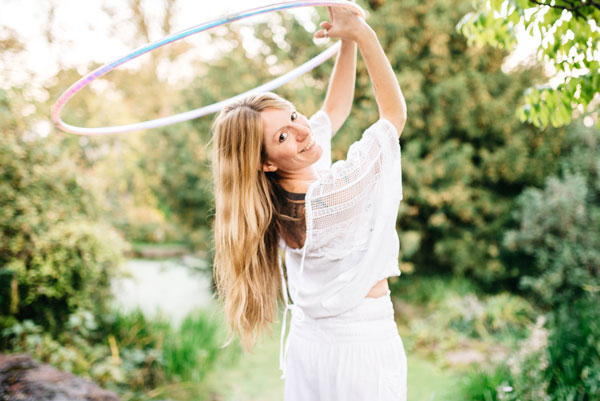 Hi, my name is Tamsin and I am a UK based Hoop Love Coach.  I have loved teaching hoop dance and fitness since I became an HLC in 2016.  Currently, I mainly deliver hoop dance